The Globibo Method for Language Learning

Increasing globalisation has created a large need for people in the workforce who can communicate in multiple languages. The uses of common languages are in areas such as trade, tourism, international relations, technology, media, and science. Even though Second Language Learning may exist since the beginning of time, the educational approach was more or less shaped in the 17th century for the study and teaching of Latin.
Since then a lot of research and experience has been developed to fundamentally improve the effectiveness and efficiency of Language Acquisition.

Globibo has created a language learning method based on the latest research and best practices. The method considers different learning / teaching types, specifics about the learner (e.g. age) as well as teaching media. 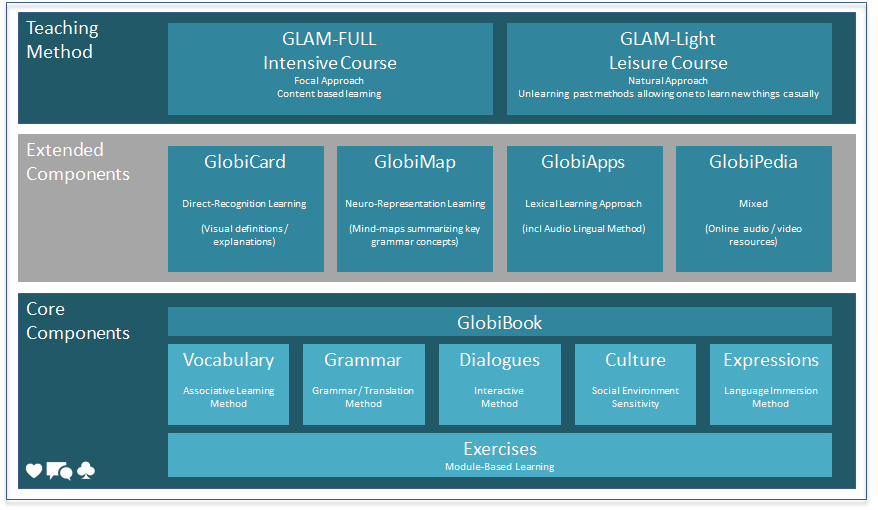 For Intensive Courses we usually leverage the focal approach for content-based learning. Leisure courses on the other hand would generally follow more the natural approach. The basics of those courses is the GlobiBook which leverages associative learning (for Vocabulary), grammar / translation method (for grammar), interactive method (for dialogues), social environment sensitivity (for cultural context), language immersion method (for expressions) as well as module-based learning (via exercises).
Extended components include the GlobiCard, GlobiMaps, GlobiApps and GlobiPedia. All extended components focus on very specific proprietary learning and teaching styles. If you are more interested about our approach, please contact us.

The proprioceptive language learning method (proprioceptive method) is a language learning technique which emphasizes simultaneous development of cognitive, motor, neurological, and auditory functions as all being part of a comprehensive language learning process. Therefore, lesson development in this method is as concerned with the training of the motor and neurological functions of speech as it is with cognitive (memory) functions. It further emphasizes that training of each part of the speech process must be simultaneous. The proprioceptive method, therefore, emphasizes spoken language training, and is primarily used by those wanting to perfect their speaking ability in a target language. 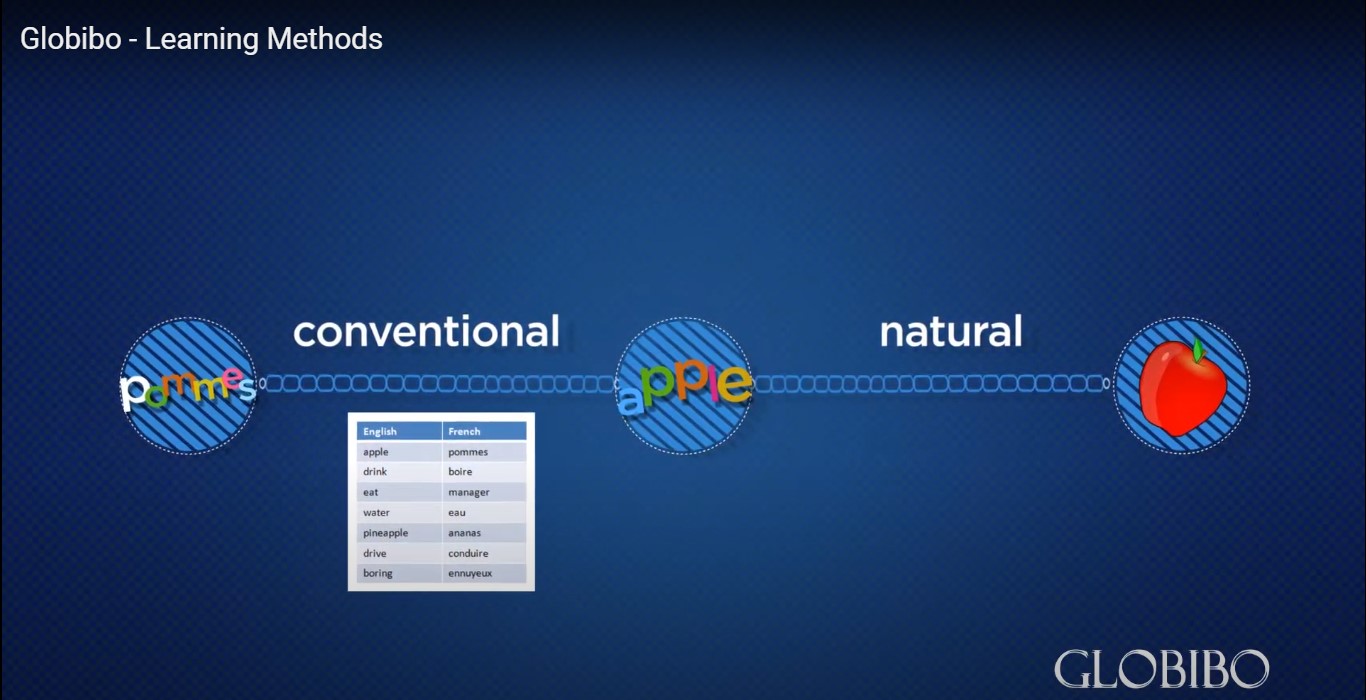 Suggestopedia is a teaching method developed by the Bulgarian psychotherapist Georgi Lozanov. It is used in different fields, but mostly in the field of foreign language learning. Lozanov has claimed that by using this method a teacher's students can learn a language approximately three to five times as quickly as through conventional teaching methods. Suggestopedia has been called a "pseudo-science". It strongly depends on the trust that students develop towards the method by simply believing that it works. The theory applied positive suggestion in teaching when it was developed in the 1970s. However, as the method improved, it has focused more on 'desuggestive learning' and now is often called "desuggestopedia." Suggestopedia is a portmanteau of the words "suggestion" and "pedagogy". A common misconception is to link "suggestion" to "hypnosis". However, Lozanov intended it in the sense of offering or proposing, emphasising student choice.

Total Physical Response (TPR) is a method developed by Dr. James J. Asher, a professor emeritus of psychology at San Jos� State University, to aid learning second languages. The method relies on the assumption that when learning a second or additional language, language is internalized through a process of codebreaking similar to first language development and that the process allows for a long period of listening and developing comprehension prior to production. Students respond to commands that require physical movement. TPR is primarily used by ESL/EAL teachers, although the method is used in teaching other languages as well. The method became popular in the 1970s and attracted the attention or allegiance of some teachers, but it has not received generalized support from mainstream educators.

TPR Storytelling (Teaching Proficiency through Reading and Storytelling or TPRS) is a method of teaching foreign languages. TPRS lessons use a mixture of reading and storytelling to help students learn a foreign language in a classroom setting. The method works in three steps: in step one the new vocabulary structures to be learned are taught using a combination of translation, gestures, and personalized questions; in step two those structures are used in a spoken class story; and finally, in step three, these same structures are used in a class reading. Throughout these three steps, the teacher will use a number of techniques to help make the target language comprehensible to the students, including careful limiting of vocabulary, constant asking of easy comprehension questions, frequent comprehension checks, and very short grammar explanations known as "pop-up grammar". Many teachers also assign additional reading activities such as free voluntary reading, and there have been several easy novels written by TPRS teachers for this purpose.

In applied linguistics, the grammar translation method is a foreign language teaching method derived from the classical (sometimes called traditional) method of teaching Greek and Latin. The method requires students to translate whole texts word for word and memorize numerous grammatical rules and exceptions as well as enormous vocabulary lists. The goal of this method is to be able to read and translate literary masterpieces and classics.

The audio-lingual method, Army Method, or New Key[1], is a style of teaching used in teaching foreign languages. It is based on behaviorist theory, which professes that certain traits of living things, and in this case humans, could be trained through a system of reinforcement - correct use of a trait would receive positive feedback while incorrect use of that trait would receive negative feedback. This approach to language learning was similar to another, earlier method called the direct method. Like the direct method, the audio-lingual method advised that students be taught a language directly, without using the students' native language to explain new words or grammar in the target language. However, unlike the direct method, the audio-lingual method didn't focus on teaching vocabulary. Rather, the teacher drilled students in the use of grammar.

The direct method of teaching foreign languages, sometimes called the natural method, refrains from using the learners' native language and uses only the target language. It was established in Germany and France around 1900.

We are cooperating with several research institutes and universities arount the world to develop the field of language learning. If you are interested in more information, please contact us.


"It was handled professionally. The response from your end was quick and efficient. Globibo managed to produce 4 articles in a span of 5 days for a demanding client. Even though it was a rush, all the articles were well written and delivered in time."


"Prompt follow up and good customer service.So far all experiences are good."

"We had to get the translated documents to the Embassy at a short notice and Globibo did an exceptional job in getting this done. Thank you." 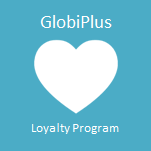 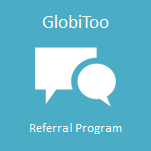